Sometimes the hardest step in the journey of a dish from brain to plate is deciding what to call the damn thing – a comparatively recent problem. Back in the day, of course, even the finest of chefs would have cooked a menu of the classics, and the names as well as the recipes and presentation would have come straight from Escoffier; now originality is expected everywhere, and if high-flung menuese and its attendant plague of adjectives has (thankfully) become a thing of the past, then the current style of [ingredient, ingredient, ingredient] or [ingredient & ingredient] can be just as demanding. Commas or ampersand? What order? In such a sparse form, the scanty information you do give away becomes vital. Do you acknowledge the artichoke is raw, the mackerel is cured, the chilli is fermented, the yoghurt is seasoned, the chickpeas are spiced, the croutons are absent? Or do you leave the nitty-gritty to front of house, who will (probably) get everything wrong anyway?

This gets even harder when you start making things up. A chicken breast is a chicken breast, no matter what combination of cured and fermented items you put it on a plate with. What to call boiled pigs’ lungs, minced with onion and stuffed into intestine? This is a similar preparation to a haggis, of course, but the chieftain of the pudding race is made with sheep offal (the whole pluck, ideally) and stuffed into a stomach; I think you could get away with one change to this formula, but not two. Pig offal stuffed in a stomach, I’d happily call a pork haggis. Conversely, lamb offal in sausage form would make a good haggis sausage. A pork haggis sausage, though, is just silly. A pork light sausage? A pork offal sausage? I’d expect some liver in that, personally. A pork lung sausage? These get less appetising. I find myself wishing I’d put some blood in the mix so I could call it black pudding and have done. Pudding might be the way to go – by the time the things are grilled they’re barely sausage-shaped anyway – but I’m not sure the term is generally understood in that way, black and white puddings as well as the aforementioned chieftain notwithstanding. Offal pudding? Light pudding? You see my problem. The things are sitting in the freezer now, awaiting only a name.

I am 90% sure that no-one will ever follow this recipe.

the lungs and windpipe of two medium pigs

Put the lights in a big pot with the stock vegetables and cover with water. Bring to a simmer and leave there for several hours, skimming the scum off from time to time, until the windpipes are very soft. Fish out the lights with a spider or similar and leave to cool a little, then pick through them, tearing the lungs into chunks and discarding the hard parts of the windpipe.

At some point during this, slice the onions and cook them with a pinch of salt in a little oil until very soft and golden, which will, as I’m sure I’ve mentioned before, take a while. Add the cooked onion to the offal, weigh the lot and add 2% salt by weight. If you have a kilo, for example, add 20g of salt. Add a good teaspoon or so of ground pepper, then blitz until fairly smooth and stir in the buckwheat. Chill overnight.

Stuff into sausage skins (or get your friendly butcher to do it), then place the whole link in a pan, cover with cold water, and poach very gently for 15 minutes. They can now be kept in the fridge or used immediately; either way, oil them a bit and grill, turning a couple of times, until the skins are shiny and starting to brown. Eat with fermented tomato ketchup and maybe a hash brown or two. 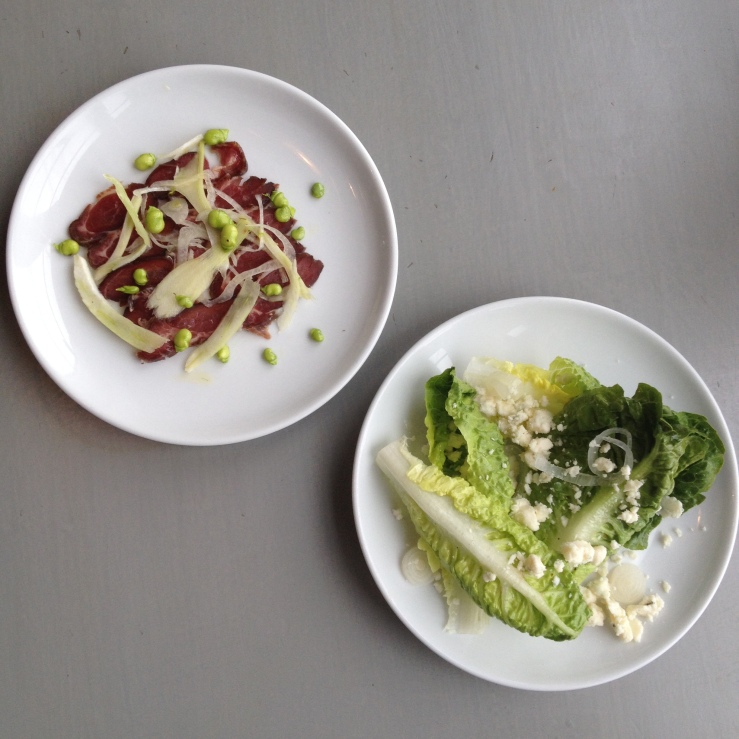 Whatever some might say about the roast beef of old England, the pig is, in religiously amenable areas at least, the indisputed king of the eating animals. Although it arguably deserves this accolade for its belly meat alone, not to mention the succulent beauty of its shoulder, cheek, and plump double chins, a large part of the utility and therefore the beauty of the pig comes from its suitability for curing of all kinds, in nitrate-protected salamis, salted raw hams, chunks of smoked bacon and jowl, dry-cures and Suffolk-cures, treacle and beer and vinegar; its ability, in other words, to be charcuterised. Since time immemorial, or at least a short time after that, the pig has lent itself, from snotter to trotter, to the sausage-maker’s trade – and we should all be very glad of that.

Still, there are hams beyond the porcine. Turkey, which has a pickle culture to rival that of Poland, has the meats to match, the best known here being suçuk and pastirma, both made from beef, the latter related in etymology if not technique to pastrami, which has in recent years overtaken the simpler salt beef as the most famous cured meat product of the Ashkenazi Jewish deli culture which has brought dill pickles to so many disparate parts of this world. The beef being cured here is generally brisket, sometimes fillet; the parsimonious celebration of flesh gifted to the pig is, for the cow, mainly expressed in the search for ever-more niche cuts of steak, possessed of either odd French or quaint English names and cooked bloody as hell, bavette, onglet, hanger, butler’s, butcher’s, baker’s , and candle-stick-maker’s, though an honourable mention should go to the salted and pressed ox tongue, one of the few pieces of world charcuterie which requires its own, specialist device.

Where, though, is the cured lamb? Perhaps the climates where lamb is the main protein are ill-suited to the curing of meat; perhaps I am just extremely ignorant on the subject. Either way, I know of few traditional recipes for cured lamb. This is a shame, as it can be extremely delicious. I have made a Serrano-style ham with the leg of a hogget, which was a thing of beauty; you had the squidge and edge of a good raw ham, but with an almost overbearing sheepiness, not quite edging into rancidity … I can taste it now. It did, however, apart from the whole leg, take several kilograms of salt, besides space and time and probably, I suppose, quite a lot of luck; a charcutier of my acquaintance was surprised and jealous that I had managed to make a bone-in cured lamb leg without rot or mould. I suppose the chimney in which I hung it must have been a particularly hospitable environment.

Whatever the reason, it is not a recipe suited to repeating at home, and, indeed, I never have. We should be getting another sheep soon, so I will try again; until then, this is an excellent, and extremely easy, cured lamb dish. Lamb fillet can be pale and unappetizing, but a couple of days makes it as dark as a Carpaccio; if it looks like a Caravaggio, it’s gone off.

Mix the salt, sugar, lemon and fennel together, and spread a layer in a plastic or otherwise non-metallic tub. Nestle in the lamb, and cover completely with the cure. Leave in the fridge for two or three days, then rinse and dry. Slice thinly and top with

a handful of raw broad beans, from however many pods it takes to get a handful

a good 6 grinds of pepper

I’m preparing for Burns Night, the real foodie winter festival. It’s not that I don’t love Christmas (I’m deeply suspicious of anyone that doesn’t), it’s just there’re so many distractions – presents, decorations, family, carols – that it’s hard, sometimes, to just get stuck in. For Burns Night, on the other hand, there is just enough ceremony to provide an excuse for the meal, and no more – which is as it should be. Furthermore, as we’re not subjected to haggis sandwiches and three-courses-for-£25-office-Burns-Night-meals for a month and a half beforehand and are therefore not bored sick of the whole affair, no one has yet seen fit to mess around with the meal. Instead, we are bound by iron, delicious, tradition – and the fact that it involves offal and whisky makes it all the better.

Of course, such a limited menu gives you little scope for showing off – so what do you do? You make your own haggis. I should warn you in advance that it is quite an undertaking, at least in terms of sourcing the ingredients; Fergus Henderson, whose recipe I adapted, seems to assume you won’t even try to make it, as he neglects to mention how hard it is to get a sheep’s pluck. I asked a couple of butchers, and scoured the internet, with no luck, but reasoning that the lungs probably don’t taste of much, I went with what I could get. Accordingly, this recipe assumes you will use sausage skins rather than one whole stomach; a less impressive spectacle, perhaps, but still very satisfying to make.

Enough for 8.
Large branches of Tesco are good for lamb offal if your butcher can’t oblige; places like Lakeland normally stock sausage skins. The oatmeal might be hardest to track down – you don’t want rolled, porridge or jumbo oats, which are steamed. Try health food shops.

Rinse the offal, then place in a large pan with the whole spices and stock veg. Cover with cold water and a big pinch of salt, bring to the boil, then simmer for two hours, skimming off the scum (there will be a lot) and fishing out the liver half way through. Meanwhile, sweat the chopped onion in lard or butter until very soft and sweet.

When the lights are cooked and cooled (save 500ml of the stock), dice roughly then coarsely blitz in a food processor, using the pulse button – you don’t want a smooth paste. Tip the result into a large bowl, then add the cooked onions, the reserved stock, and the rest of the ingredients (apart from the sausage skins, obviously). Mix thoroughly with your hands, and salt to your liking.

When happy, stuff or pipe into your skins or whatever; I used a sausage gun designed for the purpose, but a piping bag, bought or improvised, would do. If you can’t be bothered with any of that, just bake it in a flat tray like Paxo stuffing; it won’t be as fun, but will still be delicious. Leave your sausages in the fridge overnight to firm up.

When you’re ready to eat, heat the oven to gas mark 5/190C/375F. Put the haggises in a deep, oven-proof frying pan, and just cover with water. Bring to a boil on the hob, let them bubble until the water’s half gone, then stick in the oven to brown up and finish cooking – another 15 minutes or so.
Serve with neeps and tatties , a wee dram (mandatory) and perhaps some greens and mustard. Get someone to recite ‘Address to a Haggis’ in their silliest Scots, and plunge your knives in at the third stanza. Enjoy!