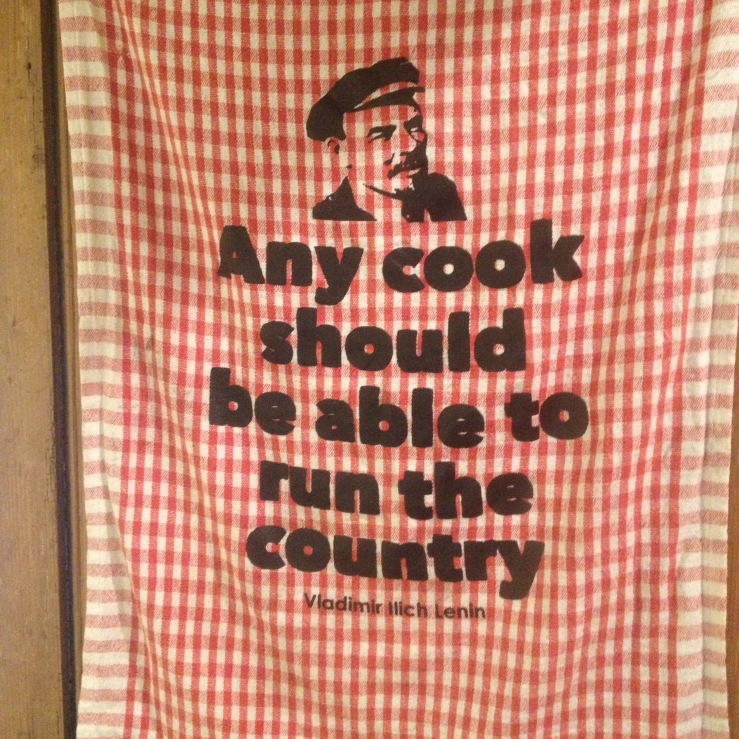 However much people bang on about medical improbabilities, long journeys by donkey or by camel, an overstretched hospitality industry, symbolic vegetation or even just the steady movement of the earth around the sun, everybody knows that the real meaning of Christmas is the food – or rather, the feeding of it. The recent examples of (largely Turkish) restaurants opening their doors to the homeless and the lonely show that we know no-one should have to eat alone on Christmas Day, even those who have no particular reason to celebrate it; this is because we know that no-one should have to eat alone ever, unless they want to. Personally, I quite like eating by myself, especially at lunchtime – though not on Christmas Day.

No, the food is there to be fed, and feeding – that is to say sharing – is, whether done begrudgingly, lovingly, thoughtlessly as a natural right, or even at all, is a political act. The recent review of Donald Trump’s dreadful restaurant was hilarious, of course, and clearly well-deserved, but the reason it resonates is that someone who doesn’t give a damn about feeding people non-terrible food, and for whom hospitality is merely another opportunity for conspicuous consumption, is obviously unfit to run a country. If he’s going to operate a restaurant simply to extend his brand and to make money, why wouldn’t he operate his government in the same way?

I’ve never been sure if the remark of Lenin pictured above is intended to imply that government should be open to all, even a lowly cook, that the mechanisms of government should be so well-designed that even a cook could step in and run them, or that the particular multitasking-forward-planning-hard-working-selflessly-food-sharing skillset of the cook or chef makes them ideal for the job; if the latter, as I have always chosen to assume, then he must have meant ‘run’ in a bureaucratic, backroom, Mycroft Holmes sort of a way; no-one would want even the most talented and generous of cooks as the face of government. For that you want a maitre d’, or perhaps a world-weary barman. Imagine Trump as a maitre d’, throwing a tantrum when you didn’t order his ‘favourite’ special, ‘accidentally’ spilling wine over your date so he can wipe down her breasts. Imagine David Cameron as a maitre d’! He’d upsell you Champagne and then teabag your soup for a laugh. If Theresa May’s grim rictus greeted you at a restaurant door, you’d back out and settle in at the pub across the road, where it’s warmer, they keep the ale well, and they cook food with the intention to feed.