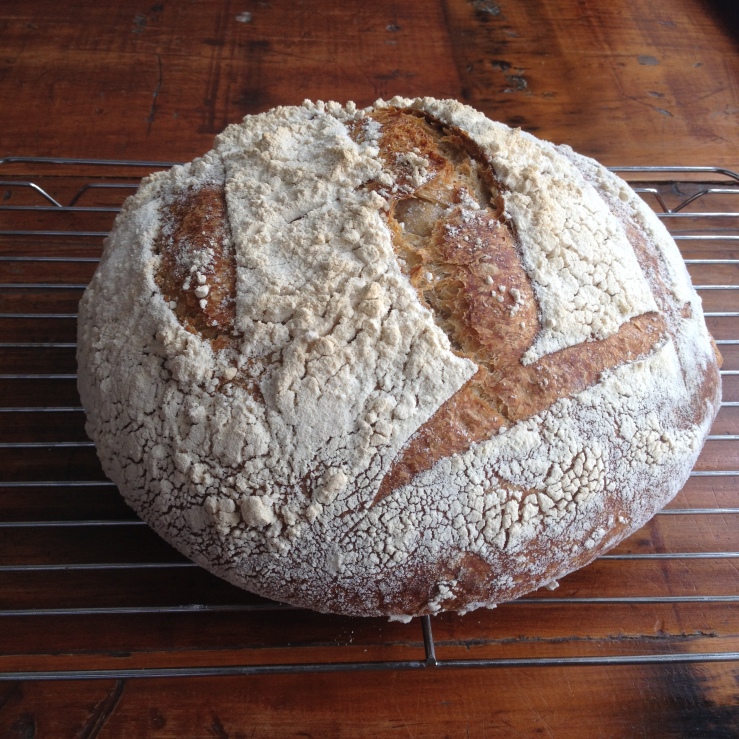 It seems to have become the thing, when receiving an award, achieving some ambition long-worked-for or completely out of the blue, to declare yourself ‘humbled’. I’m not really sure what this means. I am humbled by the sublime majesty of the Adirondack peaks, the wild Atlantic, or the North Norfolk coast; I am humbled when I eat the food, say, of James Lowe or Stephen Harris, or read W.G Sebald or MFK Fisher, and realize I may never work with such simple grace. When, on the other hand, the restaurant at which I work is named the 80th best in the UK in a prestigious and well-respected list, I am far from bloody humbled. Why should I be? I am QUANTIFIABLY better than you – or at least most of you. I don’t know why it’s not considered acceptable to instead declare yourself ‘distended with drunken pride’, but there it is; etiquette, I suppose.

Another thing about which I find myself decidedly un-humble is that I have finally, two years after seriously starting, succeeded in making sourdough bread good enough – with that crust which crackles just-so as you squeeze it – to sell in the restaurant. Two years is just about as long as I’ve ever worked at anything (well, apart from my degree, but I’m not sure I count reading Jack London as work; he certainly wouldn’t have), so I consider this a justified result for my effort, which consisted largely of doing the same thing over and over again until I got good at it – the final step missing from all pastry and bread recipes – as well, of course, as stealing advice and techniques from whoever I could, including monks, Prussian princes, long-dead writers, and, on occasion, bakers.

As the adoption of these techniques, and the various pieces of equipment they require, which demands a certain amount of time, money, and practical experience, would form the bulk of any recipe, it would be largely pointless for me to write one down here; the only changes I have made from my last bread post, anyway, have been to adapt the flours, to add a secret improver, to alter the constituents of the starter, to make a wetter dough, and to change the equipment and therefore the process I use in almost every respect, so you might as well just follow that one.

I think, anyway, that it does’t much matter which recipe you follow. The important thing is to stick to one, and to stubbornly follow it again and again until the bread which comes out of the oven is perfect in every respect. Feel humble if you like, but it makes me feel alive.