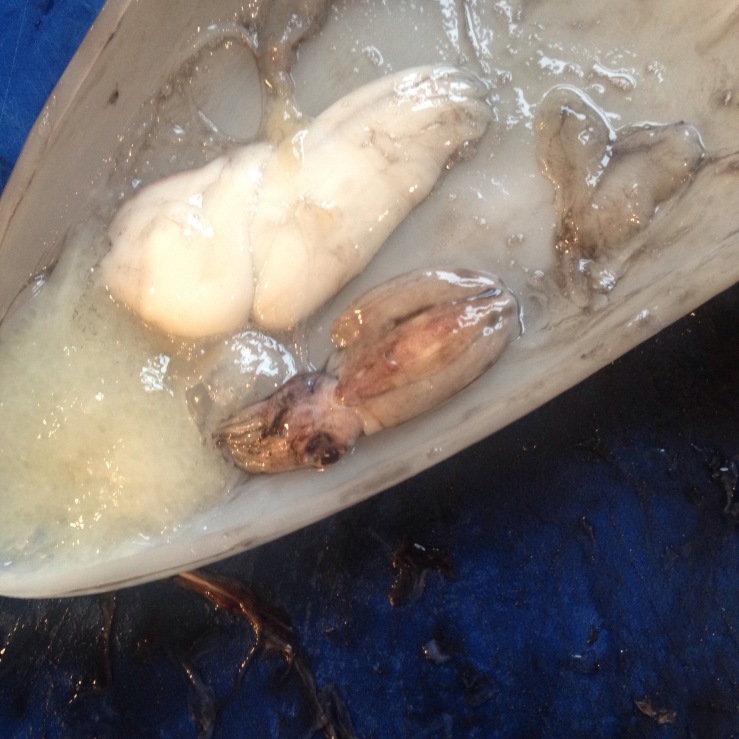 I made a very good custard tart the other day. Sweet shortcrust, a layer of soaked and mashed dates, then eggs and cream, beaten with maple syrup instead of sugar, and spiced with cinnamon and black pepper; baked in a very low oven for an hour until just wobbling in the middle, it made a lovely dessert, vaguely festive without bowing to the tyranny of port and mincemeat which dominates this month.

Very nice of course, but not a particularly interesting recipe; in fact, I just gave it to you. Figure out the amounts for yourself – that’s what I did, and as I didn’t write them down, any more formal recipe would be a lie. Anyway, there are enough festive desserts knocking around the internet, and that’s not the only thing December is for. Traditionally, this would be a time of preservation, of careful stockpiling against the coming cold – specifically, for pig-killing. A fine traditional folkway, in which the whole village collaborates in turning a breathing animal into charcuterie. Unfortunately, I don’t have a pig.

What I do have is a lot of jars and a certain amount of free time, and so, when Rene Redzepi tweeted a recipe for squid garum, my interest was piqued. Garum, you may be aware, was the near-universal seasoning beloved of ancient Rome; made of the run-off from fermenting salted anchovies, it would have been very like a south-east Asian fish sauce, providing a similar whack of umami to all savoury dishes. Now, I’ve never been particularly fussed by fish sauce, but I love making things, especially things which involve fermentation AND entrails. So here we are.

I had to adapt Redzepi’s recipe to what I had to hand; he uses barley koji, which, basically, is steamed grain impregnated with bacteria. Used in the fermentation of miso and so forth, the idea (I assumed) is to colonise the sauce with good bacteria, and to give them something to feed on, as a prophylactic against the bad kind. I replaced it with a mixture of fermented tomato brine and flour, and I’m not dead yet. Any unpasteurised fermented brine SHOULD work, if I’m right. However, I make no claims for the edibility or otherwise of this sauce. As with any home-cured protein, you follow your nose and take your chances.

500g squid or mackerel bits, including guts (& ink), head, and any trim

Blitz the fish bits to a paste. If you don’t have a food processor, then good luck to you. Mix everything together and leave to ferment at 60°C for 5-10 weeks. (I’m currently trying a load at room temperature, to see if that works; I’ll get back to you). When ready, it should smell deeply savoury and not really fishy. Bottle and use as you would anchovies or, obviously, fish sauce. The terror of death gives it piquancy.

5 thoughts on “Blackest Ever Black”